This is a recent project of mine that I submitted for a social justice exhibition in Brooklyn, New York.

"I am an artist of Greek ancestry whose artwork investigates personal and global issues: identity, body, voice, house/home, geography and economics. The enormous impact of the Greek ‘genos:, ’Hellenism, Byzantinism, art activism, political protest, is in my veins. I took these photographs in Athens, Greece during the Greek anti-financial austerity protests (the ‘Greek Indignants’ movement) that preceded the Occupy Wall Street movement." 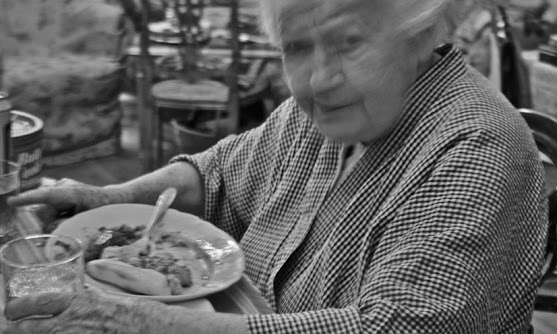 "These photographs depict both my political art activism and my

my fierce admiration for my great aunt, then in her mid-90’s. Sophia migrated from a tiny and poor Greek village to Athens where she lived an independent life, unheard of for women of her generation. She and I were the ‘indignants’ in our family system, loudly protesting the stifling patriarchy of our shared culture, and reveling in our artmaking. We were both pronounced ‘crazy’ but neither of us cared." 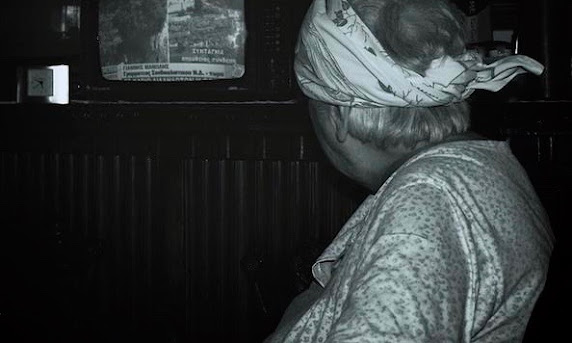 "My photos interpret everyday life with Sophia during the protests. We were closely following the events, often live on television. Greek people, all genders, were vehemently protesting the imposition of a financial austerity imposed by the European Union.  Sophia and I watched with great interest as feminist, class and national identity issues coalesced in front of our eyes."