Paul Krugman wrote this recently about Greece (see below).  While I am loathe to suggest how anyone should vote, I must say I completely agree with him.

(edit) ..."Greece should vote “no,” and the Greek government should be ready, if necessary, to leave the euro.

"To understand why I say this, you need to realize that most — not all, but most — of what you’ve heard about Greek profligacy and irresponsibility is false. Yes, the Greek government was spending beyond its means in the late 2000s. But since then it has repeatedly slashed spending and raised taxes. Government employment has fallen more than 25 percent, and pensions (which were indeed much too generous) have been cut sharply. If you add up all the austerity measures, they have been more than enough to eliminate the original deficit and turn it into a large surplus. 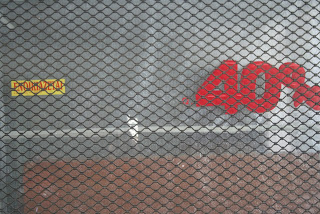 Digital Photograph From: "The State of Greece" Photographic Series
c. 2015 Triada Samaras
"So why didn’t this happen? Because the Greek economy collapsed, largely as a result of those very austerity measures, dragging revenues down with it." (Krugman)