My Art Work at City Limits!

I am very pleased to announce that some of my art work (photographs and words) is currently being featured at City Limits.

City Limits is "Investigative news and analysis for NYCity's nonprofit, policy and activist world. Serving community organizers, urban planners, public servants ..."
It is what I consider to be100 per cent All Natural news.
Triada
at February 26, 2017

I am very proud to be a part of the following history: 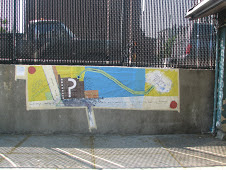 This mural was put there by local artist Triada Samaras as a protest to a looming development project in Carroll Gardens, Brooklyn in 2007.  Samaras and long-time Carroll Gardens residents, Rita Miller and Lucy DeCarlo simultaneously created
"CG CORD/Carroll Gardens Coalition for Respectful Development".
Thus, "CORD" and the "Democracy Wall" were  born and an enduring and inspiring piece of art activist/community activist history followed!

"Entry from July 08, 2016"
"Democracy Wall (Carroll Street subway station, Carroll Gardens)
China’s “Democracy Wall Movement” existed from November 1978 to December 1979, when a brick wall at Xidan Street in Beijing included posters of protest.
Brooklyn’s “Democracy Wall” was in Carroll Gardens, by the Carroll Street subway station at 360 Smith Street. In 2007 and 2008, murals on the Democracy Wall reflected community issues, such as real estate developments. Construction covered over the wall in April 2008. "
http://www.barrypopik.com/index.php/new_york_city/entry/democracy_wall/ 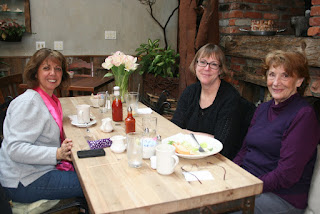 
Wikipedia: Democracy Wall
During the November 1978 to December 1979, thousands of people put up “big character poster” (Chinese: 大字報) on a long brick wall of Xidan Street, Xicheng District of Beijing, to protest about the political and social issues of China. Under acquiescence of the Chinese government, other kinds of protest activities, such as unofficial journals (Chinese: 地下刊物), petitions (Chinese: 上訪), and demonstrations, were also soon spreading out in major cities of China. This movement can be seen as the beginning of the Chinese Democracy Movement. It also known as the “Democracy Wall Movement” (Chinese: 民主牆運動). This short period of political liberation was called as “Beijing Spring” (Chinese: 北京之春).

The Gowanus Lounge
SATURDAY, DECEMBER 01, 2007
Carroll Gardens Democracy Wall Gets New Mural
We enjoy the Carroll Gardens Democracy Wall at the Carroll Street subway station. It is part of the now well-known plaza at the Second Place exit that will be closed for construction of the controversial building at 360 Smith Street, which led to both the wall and the CORD neighborhood group. Dozens of message appear on the Democracy Wall at any give time, with the large murals usually being related to whatever issue is at hand in the neighborhood.

Gowanus Lounge
Carroll Gardens Democracy Wall in Danger?
December 10th, 2007
Is the Carroll Gardens Democracy Wall where residents have been posting murals and news articles about development news in their community in danger? It could be. There’s a sense among residents that both the police and local politicians may try to put an end to what has become a community fixture over the last six months.

The Gowanus Lounge
MONDAY, APRIL 21, 2008
Carroll Gardens Democracy Wall Comes Back as Love Fence
The Carroll Gardens Democracy Wall, which had been used by residents as a kind of community bulletin board since last year, disappeared last week behind the big blue construction fence for the controversial 360 Smith development. While it’s unclear if the blue fence will end up serving the same purpose or just get plastered with advertising the way that many do, the fence has taken a turn in the direction of love, being decorated with hearts.

Curbed—New Yrok
Carroll Gardens 360 Smith, Now with Extra Love
BY ROBERT APR 21, 2008, 4:54P
The lightening rod Carroll Gardens development at 360 Smith Street has featured many things since the first Heavy Metal rendering surfaced last year. There have been protests and signs, including a “Democracy Wall” of signs protesting the development and calling for a downzoning of the neighborhood. Well, work is underway and the wall’s been covered up, but it’s now covered in hearts like a kind of Love Fence.