A Poem for the New Hampshire Primary

What is going on in New Hampshire and which politicians will walk away with the most  coveted delegates?  I am watching this process with forced detachment this year to keep my nerves from over-reacting too early in the race.  The issues of our nation and world are so dense, so immense, yet the usual lies dominate the conversations.  During yet another political debate last night, this one in New Hampshire, I watched as a few truths and a lot more lies dominated the stage.  In fact I decided to revisit this poem I wrote in another election cycle...

What are the liars thinking
When they are moving their lips?
Do their words get jammed
Stuck on the frozen roofs
Of their blocked jaws
Or does it get easier
To lob them ever?
Naturally after a good match like
Mercury in a tennis ball or a lightning dash
For your messenger to leave its tongue
Your referee to signal
The moment of a cure time
A sigh maybe you just need
To take another good deep breath
A nap before your turn
To serve again.
Let it out
The lies and all the rest
Then try to teach your children
To distinguish
Between the white lines you made
Before the
And, and all the rest
You said
You never said.

Sex, Death, and the Planet 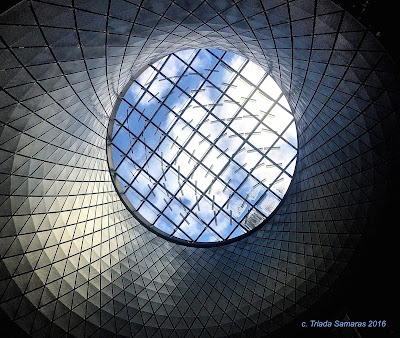 SEX, DEATH AND THE PLANET
How Population Impacts Climate Change

Elizabeth Burleson, Burleson Institute & Legal Advisor for
IUCN to the Climate Talks - Population and Water/Environment
Mark Harris, author of Grave Matters: A Journey To A Natural Way of Burial
David Leven, Executive Director of End Of Life Choices New York.  He will speak about pending legislation in Albany regarding end of life decisions.

A February Treat!
It is my great pleasure to present an exhibition of paintings  by artist, Chris Ann Farhood, who has been both a friend and creative colleague for several years. Farhood works in oil on canvas and is inspired by New York City local farmers' markets.  The results are paintings with a sumptuous palette and evocative forms.
Farhood's works are on display at:
Pisticci Restuarant on 125 LaSalle St. in NY, NY 10027
SHOW RUNS:  November 14, 2015-April 9, 2016
One can feast on homemade Italian cuisine while gazing at these inspiring works. 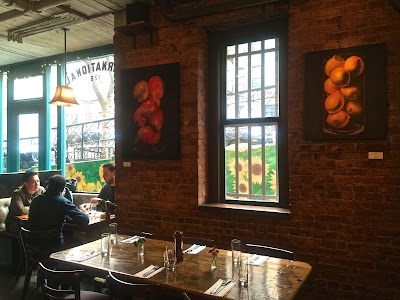 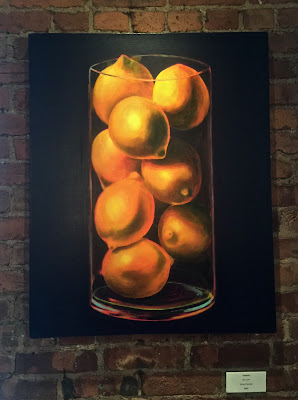 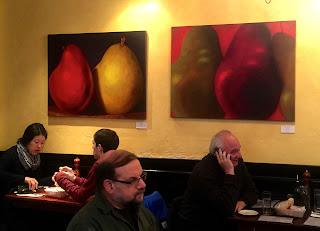 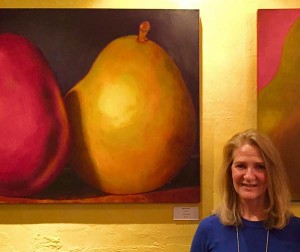 "While I still love to chase the light and color in a landscape, my recent works have been inspired by the lush bounty I see in the ever-expanding local farmers’ markets. I admire the farmers’ pursuit of an ancient tradition, and their desire to enrich our lives while preserving venerable species and products. I delight in the organic shapes, the gorgeous colors and the distinctive tastes, and seek to celebrate the beauty of Nature and the tenacity of the farmer in today’s ever-changing world."
Chris Ann Farhood
New York, NY
917 880 8696 blueintoviolet@yahoo.com
www.chrisannfarhood-artist.com 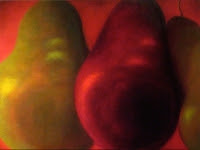 Recovering as a painter and a self 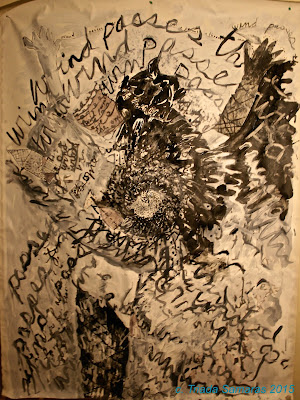 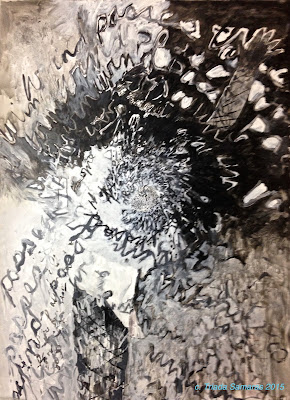 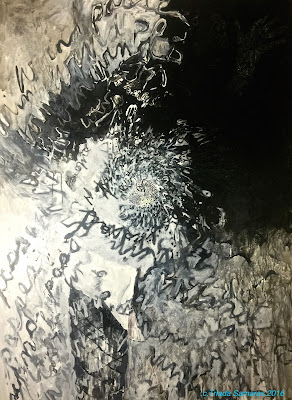 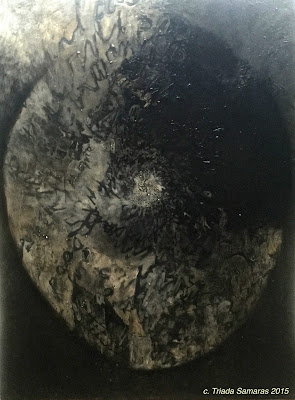 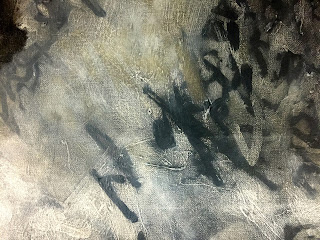 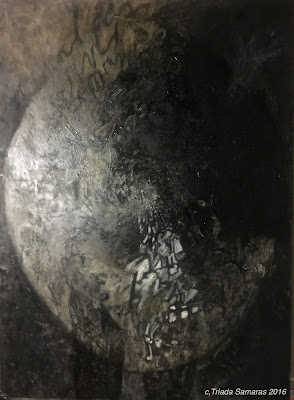 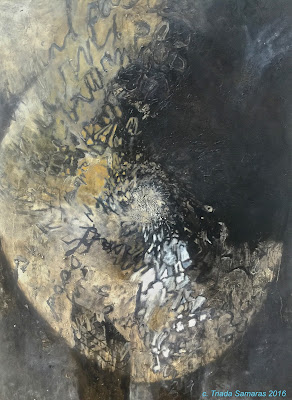 At this moment the hand on the top right is still bothering me and I can not decide if it will remain there or not.  It was certainly a part of the original image.  But as I have already said so much has changed..........  T.S.
at February 06, 2016

Triada Samaras: Shifting as an Artist and Human Being (3)